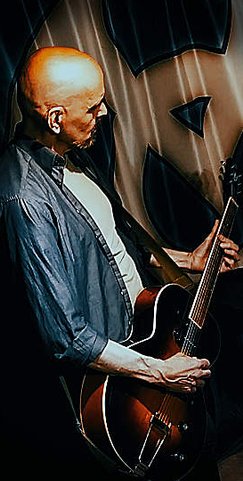 We're here for you!

Molosser Crude were invited to the Slightly Fuzzed podcast

Monster Riff has a review/shout out for free Bandcamp codes for Twin Moons. This blog is well worth checking out even if you already have the single!

"There’s a certain primal energy that propels each and every Delta Blues- and Desert Rock-inspired song forward."

Twin Moons is included on Sunday's Heavy Tunes! Go there for more of the good stuff!

Sound Kharma features Twin Moons  on their blog and on their "Short Cuts" video podcast!

Reliquias de Mostaza has published a red-hot review of Twin Moons under the heading "Molosser (fucking) Crude ... dude". Nothing for those who prefer watered-down write-ups, but a splendid read for everyone else!

"This song is live as fuck and is a living being, created out of a long tradition of killer music"

If It's Too Loud has reviewed Twin Moons

I have a number of reasons to dislike this. I will explain them and you know how the format goes I will finish by gushing with praise. Fuck me, 2023 is turning into a good year, already I have THREE songs that in normal years would be fighting to be my song of the year.

Molosser I have liked before. I think one of the first reviews I did after I gave up on photocopying my fanzine and trying to sell it in venues and I went to the world of the internet, was Molosser. I have been clinically dead twice since then. Possibly it happened. It was early. I loved the tenderness and the violence of their music. Seductive and dangerous. It is easy to drop pairs of words together in English and make yourself sound clever. Artful and innocent. Tuneful and dissonant. They wereall those things. I also remember saying that I wanted to hear a whole new album exploring their ideas and their direction. So I have a reason to dislike Molosser Crude, because this is precisely the band not following through in the way that I, the listener demanded.

But that is what real artists do. Fuck me, my opinion is worth nothing.

I have another reason. I dislike cliches. I dislike repeating things that have gone before that were mightier, fuller, more novel, more inspired. Music is not like carpentry. We do not simply get better at it with every year. Music leaps. It reboots. It reignites. Could Molosser Crude be a cliche? Well we have beautifully detuned guitars, doing the work of three instruments in one. We have beat-perfect drumming that relives so many of the very best grunge moments of the last 15 years. We have vocals that burn and soar. Haven't we heard this before? Isn't this just a two-person version of many bands that walked the same pavement?

I don't think it is. There may be elements of homage. Of love for a form. But this is original.

The songwriting, the story, the interplay are still there in Molosser Crude. They are repackaged in a form that is probably more instant and approachable in a highly competitive space. Perhaps people that hear this will wonder and will come to adore the subtlety of their acoustic work. But that does not matter because this song is absolutely brilliant on every level by itself.

If I think of this band as a new band I have never heard before, I love this.

That is enough. Molosser Crude owe us nothing. They have made a song that is beautifully structured, sounds incredible, bursts with humanity, captures the imagination and is infused with tradition in a genre without being a slave to it.

NenesButler Presents have a short and sweet review of Twin Moons.

Molosser Crude were invited to the Slightly Fuzzed podcast to look at some really ... interesting record covers and guess which were real and which were "fuzzed". Many laughs!

Here's a special treat - Mark Erickson of East Portland Blog stumbled across Molosser Crude on Bandcamp, liked what he heard and wrote the nicest review!

"Smokin’ hot! Forget the genre-just snap your fingers and snap your neck."

Recently, going through Joyzine submissions, nothing has really drawn my attention too much, much of it was just fine, but nothing struck me down. A few emails got neglected for a few weeks, then a spare moment came along. It started the same way, but then for the first time in a while, I opened a link and straight away I was drawn in. This wasMolosser Crudeand the single ‘Twin Moons’.

The track has a fantastic dirty, bluesy bass line that gets stuck in your head as soon as you hear it. Then to top it off, drummer and singer Tess comes in, with gorgeous, powerful vocals that complete this belter of a track. It’s hard to believe that ‘Twin Moons’ is created by a duo rather than a larger piece band.

The band are from Sweden, and are an electric offshoot of acoustic band Molosser. The ‘crude’ part of their name is a good way to describe their electric incarnation. The set up is simple, a duo who manage to fill their room with their sound, two guitar amps, a bass amp and e-drums that get bashed just as hard as ‘real’ drums. They’ve named their sound as ‘hardcore stoner blues’

Whatever label you want to give them, I’m definitely loving what I’ve heard so far and excited to hear more from this vibrant new band. Molosser/ Molosser Crude, are the first of my bands to watch this year, as I’m sure we are going to be hearing much more from them.

La Habitacion 235 has published a nice review of Twin Moons!

The Tinnitist feature Twin Moons on their "Songs to waky you up" video mixtape.

Swedish Rocknytt feature the Twin Moons video on their website!

The Obelisk has both premiered and reviewed the new video, Twin Moons. The Obelisk is a must-read, not just for this!

“Twin Moons” bodes well and is a banger to boot.

Deathrattle Podcast included the new single, Twin Moons,  in their episode #166! Go there for that and lots of other heavy stuff!

"With songs of this quality, we are curious to discover the continuation of the adventures of Molosser CRUDE."

Hard Rock Info has published a review of Pushing My Way that gets it all said in a few hard-hitting sentences.

"This is really raw and dirty, as well as hard and heavy, yet bluesy and energetic. Really cool stuff that you have to hear."

Indie Chronique has published an uplifting review of Pushing My Way. It's in French, but Google Translate actually work pretty fine on this one.

"We who needed a boost to get through the week, we found the track that will be its soundtrack."

Monster Riffs highlight the Pushing My Way video as

"What We Love This Week"

Outlaws of the Sun feature a nice piece about Molosser Crude in their splendid blog about all kinds of hard and heavy music.

Reliquias de Mostaza is the successor of the venerable fuck-you-I'll-write-whatever-I-please Mustard Relics blog, and we are extremely proud to announce that it features a MASSIVE interview with Molosser Crude. As the Mustard Man himself puts it:

"Between being blown the fuck away with Bye Bye Grace along with that one-pager, it somehow became a Mission from God to Interview the Band..."

The piece also includes a review of Tess and Jahn that we, though blushing, can't help but quote:

"On top of slaying in the music department, these two remind me that the human race does have some good left in it."

Do read the interview!

Os Garrotos de Liverpoool include Pushing My Way in their recommendations

Mango Wave treats us with a yummy review of Pushing My Way. Get a bite of it here, follow the orange link for a full, fruity experience.

"From the Mississippi Delta to the Scandinavian tundra with a little detour over the Sahara,Molosser Crude have brought us the heavy sound we need for the next winter. 9/10 Mangoes"

Headbangers News reviews Pusing My Way - in Portuguese, since it's a Brazillian site, but here's a snippet of what Google Translate gave us (follow the orange link to read the rest):

"A dark and unique sound atmosphere."

Hot Rock has published a very short but to-the-point review of Pushing My Way. We quote it in its entirety:

The usual Swedish stone-grinding power stations were those Volvo knick-dumpers which work on huge constructions, keeping their path through no matter what kind of ground and landscape, crushing all the layers of soil and stone below their huge wheels. So this the musical transfer of the sheer power of Volvo knick-dumpers. Groovy, heavy and melodic with a fantastic powerful female voice which is quite rarein the Stoner community. Six minutes of unpredictable good music. A tasty appetizer for their upcoming shows and their new record.

Molosser CRUDE has surely made a song that sounds so incredible and raw.

Pushing My way is featured on the front page of Nenesbutler Presents.

The Tinnitist has shared the "Pushing My Way" video on their Weekend mixtape, "Songs that are not to be missed". Thank you!

Izzy the Gent has written about Molosser CRUDE. Since it's a short, sweet story and located on Instagram we'll print the whole shebang:

Molosser is always evolving, always pushing their creativity. Changing up like a southpaw, we are hit with a left hook as Tess gets behind the drums. Her drumming is emotional. One feels the hits, the subtle pauses between beats. It's truly exemplary.
Her vocals have always reminded me of Alice In Chains. Now with the addition of live drums and a single distorted guitar, they carve themselves another lane.
Molosser Crude is to me a mix of The White Stripes, Alice In Chains and a little Alanis Morissette.

Tune in and find out. Follow@molosser_crude

Nene's Butler Presents has an outstanding feature on Molosser CRUDE and Bye Bye Grace, complete with an interview!

"Primitive perhaps but "Bye Bye Grace" is worthy of a listen at maximum volume."

The Tinnitist has included Molosser CRUDE's video of Bye Bye Grace on the  Songs That Are An Embarrassment Of Riches video mixtape!

"Close your eyes and click on any one of these tracks; odds are you’ll pick a winner. In fact, if you can’t find at least 20 new songs to put into heavy rotation on your own playlist, you might want to reconsider your life choices." 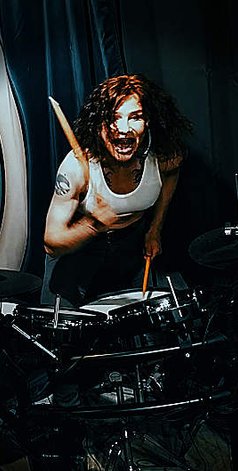 (that we know of)

Twin Moons (Live in the Studio):

Pushing My Way (Live in the Studio):