Swedish power duo Molosser CRUDE combine the energy and heavy riffing of bands like Kyuss and Unsane with old delta blues rawness and sizzling noise. Add the powerful, melodic vocals of drummer Tess and you might get an idea of what this duo create with the unlikely set-up of an electric drum kit and a thirties-style jazz guitar run through three amplifiers at once.

Former national welterweight champion Tess hits her drums hard, with the furious groove of a modern-day Keith Moon, while singing with the effortless coolness of old jazz greats like Ella Fitzgerald and the power of rockers like Chris Cornell. Guitarist Jahn has a background in far-out freeform jazz as well as various rock outfits and does not shy for brief excursions into a noisy unknown. All this energy is reined in by excellent songwriting and a telepathic communication developed by the pair in Molosser, the downtuned acoustic guitar duo that was the cradle for Molosser CRUDE.

Molosser CRUDE have not issued any exclusive audio recordings yet, but if you're running a radio show or podcast we are happy to supply you with MP3's or WAV's of the audio from the videos! Contact info@evilear.com. 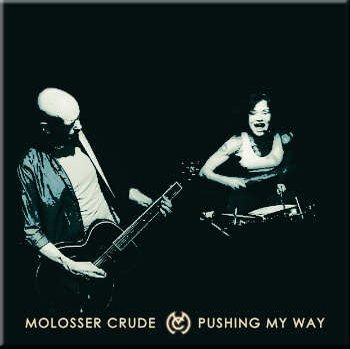 Molosser CRUDE’s Pushing My Way is now available as a single featuring the audio from the live-in-the-studio video. Not what we planned, but so many have asked for it that we thought what the hell, why not? We skip Spotify & co this time around, though, and release it on Bandcamp exclusively. No price tag attached – pay whatever you want or nothing at all.

Here's what we've got so far- more coming up. For previews of unreleased videos, please contact info@evilear.com. These videos were shot live in the studio, and everything you hear was recorded in one take, with vocals, drums, one guitar and three amplifiers. The easy way to keep track of Molosser CRUDE's videos? Subscribe to Evil Ear's YouTube Channel!

The second Molosser CRUDE video features a brand new song and takes a notable step up in all respects - CRUDE are hitting their stride, and nothing  can stop them now!

Introducing power duo MOLOSSER CRUDE with this  heavy version of Bye Bye Grace. Tess on vocals and drums, Jahn on a fat archtop guitar through 2 amps + a bass preamp.  This is early days CRUDE - full of joy at making some serious noise again.

These pictures are suitable for web publication. To download, please right click on the picture and choose "download link" (What you get then is bigger and better resolution than what you see on this page). For even bigger, higher resolution pics for printing, please contact info@evilear.com! 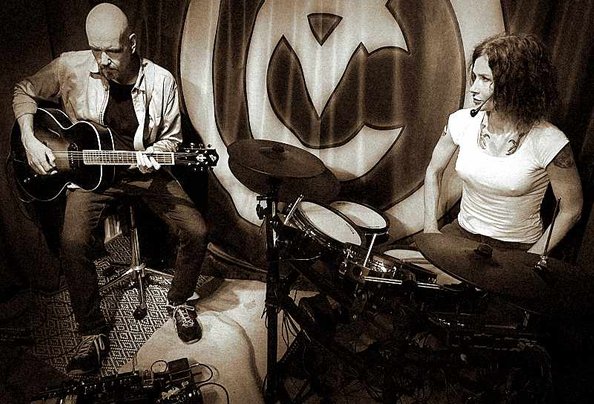 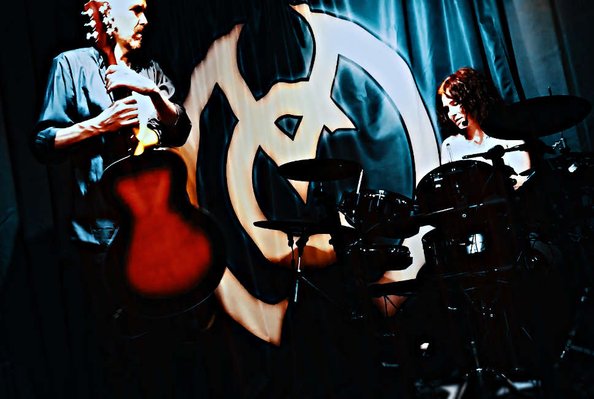 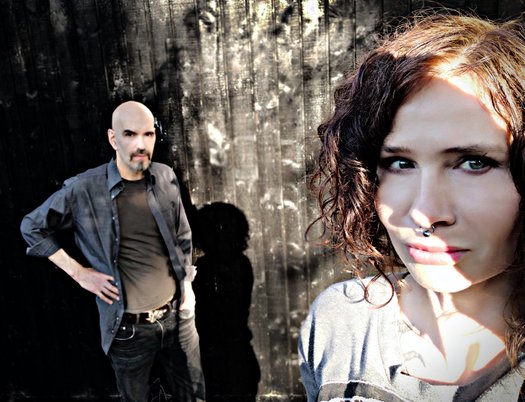 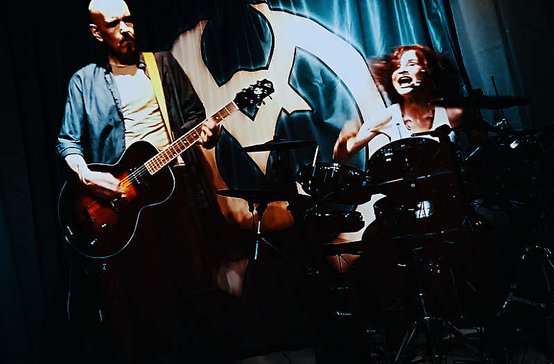 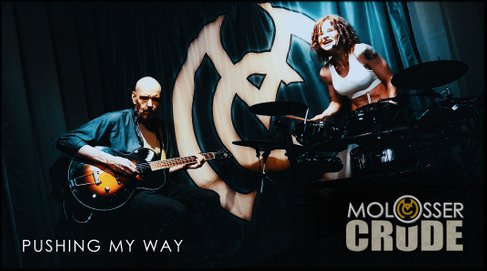 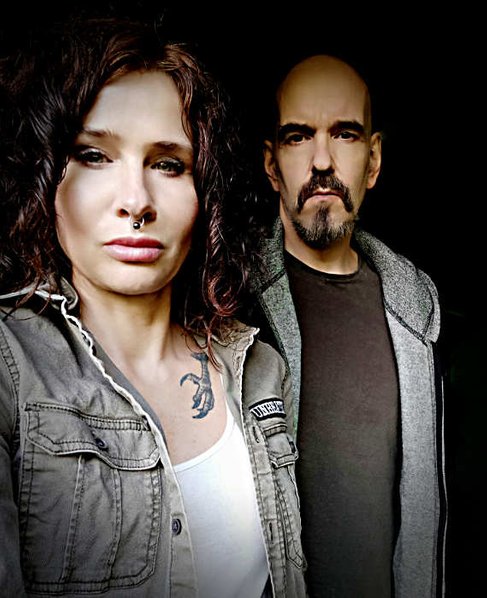 How much noise can you wring out of an e-drum kit and a fat ol´ archtop guitar? Plenty, if you are Swedish power duo Molosser CRUDE, an extremely electric offshoot from the acoustic guitar duo Molosser that launched its trademark, downtuned sound on their debut album Appear last year. CRUDE is anything but acoustic, though; the guitar (still downtuned, played by Jahn) is run through two guitar amps and one bass amp, and the e-drums get whacked just as hard as any “real” kit by singer and drummer Tess.

Molosser CRUDE debuted with a live-in-the-studio video of their own original Bye Bye Grace, where they combine a stoner vibe with the flowing rhythms and riffing of heavy sixties rock. The result is pure Molosser CRUDE, and the sound is so dense that it would be hard to shoehorn in another instrument. Over this massive musical onslaught, Tess lays down her melodic yet powerful vocals.

Get a taste of Molosser CRUDE on YouTube – and stay tuned, ‘cause there’s plenty more where this one came from! More live-in-the-studio videos are under way, starting with stoner blues banger Pushing My Way in late September 2022, and audio releases are to follow.

Questions? Interviews? Live bookings? Whatever is on your mind, feel free to use the contact form to get in touch with Molosser CRUDE and Evil Ear!